View basket “Introducing Barry Green” has been added to your basket.

This is Volume 2 in a series of recordings dedicated to the work of British composers by the drummer Clark Tracey. Tracey is well-known as the drummer with his father Stan Tracey’s various outfits, whether it be a trio, octet or big band but he is also an acclaimed leader of his own groups. Volume One featured Tracey’s trio which was described in the Observer by Dave Gelly as having “reached a level of empathy that allows it to tackle virtually any material and make it sound fresh.” For Volume Two Tracey has added saxophonist Brandon Allen, a rising star who has impressed everyone who has heard him performing with Guy Barker and Stan Tracey’s octet and orchestra. Clark Tracey has chosen a mix of material from standards by the likes of Victor Feldman, Ray Noble and Bricusse and Newley as well as tunes that have stood out to him as a performer by contemporary talents such as David Newton, Tim Garland and Django Bates.

“The dynamic young Brandon Allen is on tenor sax…smokey-toned, languorous…Tracey imaginatively reinvents Seven Steps To Heaven as a percussion feature.” 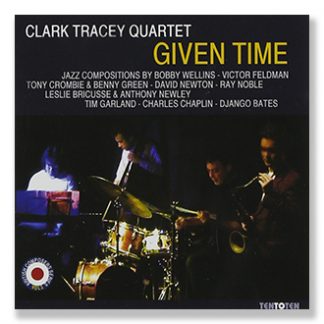