Stan Tracey’s masterpiece, Under Milk Wood, was released in late 1965 to the most acclaim
of any previous British jazz release and to this day has remained the most recognised and in
demand recording. Six months later, Stan was invited by NDR in Hamburg to record the
suite at their renowned studios for 4 days in March, using the same personnel as the original
recording but with the unusual addition of much acclaimed Kenny Wheeler on trumpet and
flugel.

What emerged was a remarkable piece of music but only broadcast in Germany. Resteamed
producer and Stan’s son, Clark, had been aware that NDR had released one of the tracks on
their annual compilation of that year’s various guests at the studio and decided to dig a little
deeper. Fortuitously, he made contact with the relevant people and was able to secure the
whole recording which had remained dormant in the German vaults until now.
The standard of recording excellence was typical of NDR so very little was altered by the
masterful sonic engineer Derek Nash back in the UK.

Resteamed Records are now delighted to offer this extraordinary recording which recaptures
the essence of British jazz in the 1960s with the added bonus of the exceptional horn
playing of Kenny Wheeler. 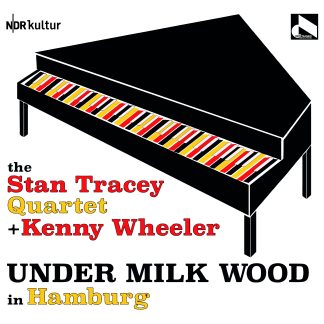